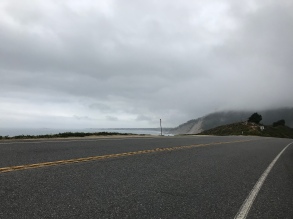 May 21 Salinas to Santa Cruz

I had a very good ride today. I started at 8 with my Warmshowers host, Jerry, guiding me through Salinas to get back on route. I then had a good ride through the farming country to Moss Landing. After leaving Moss Landing, it was back to the country roads again. I met a cyclist named Tom that was riding south with some other men. He was riding for a cause called Clean and Social. I then continued on my tour and came to Altos. I ate at a place called Burger. After lunch, I arrived at my host house around 3:30. I had a great visit and we shared many stories. Looking forward to a great dinner and a good nights sleep. Feeling good and getting stronger. Great start for the week. 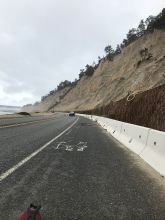 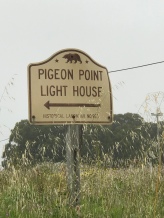 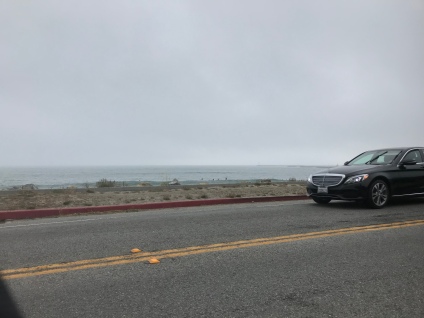 May 22 Santa Cruz to Half Moon Bay

I had a good start today. Started early with oatmeal and got on the trike at 7:45. It was smooth going out of Santa Cruz. I stopped for a quick snack at this place called Whale City Bakery, Bar, and Grill. While there, I had a phone interview with Bryan Reynolds from the Lima News in Ohio. He is doing a story covering PTSD. After lunch, I continued on my trip but the weather turned colder and wet. I had to put a jacket on but it wasn’t too terribly bad. I made it to the American Legion Post 474 in Half Moon Bay. They allowed me to set up my tent behind their post and I was treated to dinner by the Auxiliary president. I had a great night in my new tent. Safe, secure, and rested. 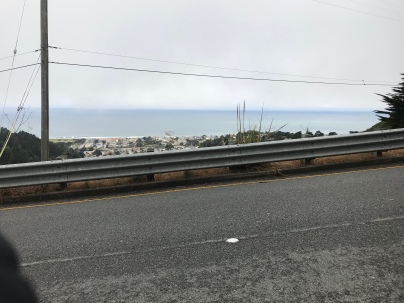 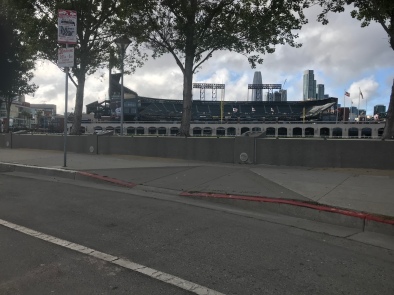 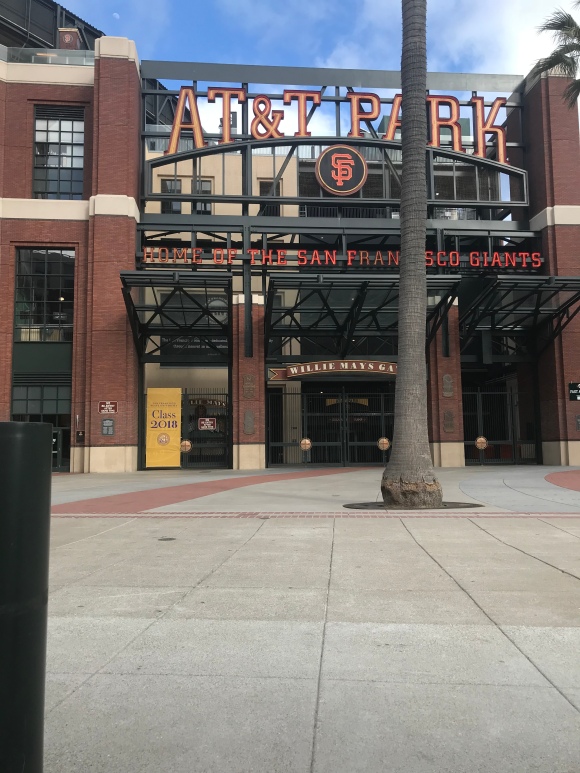 May 23 Half MoonBay to San Francisco

I started later than normal but only had a short ride today. I had some good scenery but two very long hills. I also went through a 400 foot long tunnel and some time after the tunnel, I lost my bike computer. I made it to Veloceped Cyclery and met Fred. He fixed up my trike with a new chain and some derailer cables. I then went to the American Hostel . I had a nice ride along the waterfront. At the Hostel, I ate Indian food for dinner and sang one song during karaoke. Fun times. 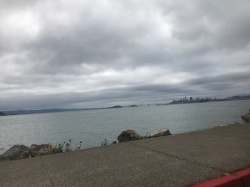 May 24 San Francisco to Woodacre

I had a good start to my day with some pancakes. I had a beautiful ride from the Hostel down to the waterfront. I did a big climb that I saw other cyclists having to walk. My excitement level steadily grew as I neared the Golden Gate Bridge. I actually got to ride across and it was truly amazing. After the Golden Gate Bridge, the route went on several long bike paths. I stopped for lunch in Fairfax and then continued on to Woodacre. The last hill that I had to climb to get to my Warmshowers host was brutal. It was too steep to ride so I had to pull up my trailer and push up my trike. I had a great host and was able to take a shower and get some rest. The view was amazing as well. 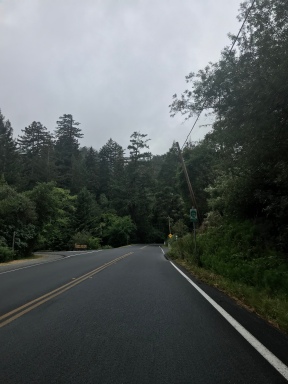 May 25 Woodacre to Bodega Bay

Today started off with a delicious meal of eggs, sausage, and potatoes thanks to my host Amanda. I got a late start today and it was cold and rainy. I rode into a very nice state park with a nice grove of Redwoods. I soon was back on Highway 1 and went through several coastal towns. The ride was tough because of the constant up and down hills. The day was cold and dreary but the scenery was still awesome. I stopped for lunch at this deli in Tomales. After lunch, I pushed on to the Bodega Dunes Campground. The campground was actually full but I was able to get a hiker/biker spot for $5. The campsite was nice and I met a lady that was hiking and a guy that was cycling. I ate dinner, took a shower, and went to bed early. 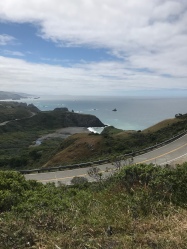 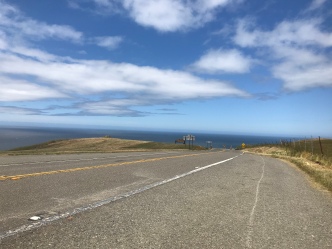 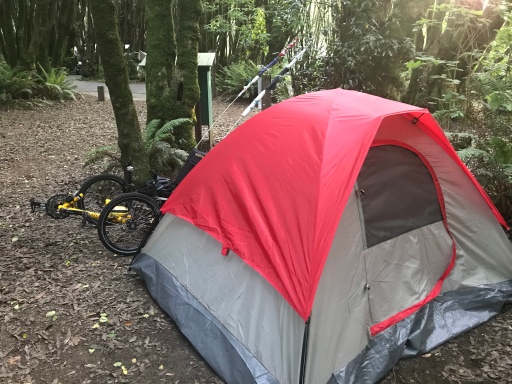 Today was a hard day of riding with many small hills and one very long climb. I left Bodega Bay at 8 to get an early jump on traffic. I did not have a shoulder for most of today and traffic was very heavy but they gave me my space. I was without cell or internet service for most of the day. I ate lunch in a small cafe but was able to share my story with another family. I stopped at the Gualala Point Regional Park and had another hiker/biker spot for $5. I met another couple that was touring north. He was a retired army veteran that was at the same base in Iraq and the same time that my son was there. I ate dinner and went to bed. My knees are tired and sore. 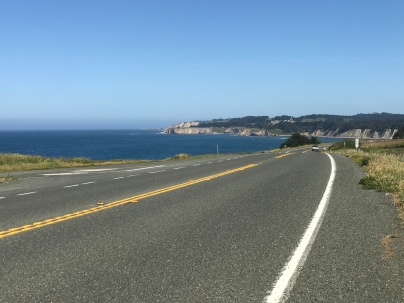 May 27 Gualala to Elk

I had a long ride today due to the many hills and steady headwinds. I had many climbs today but another day of beautiful scenery. I stopped in Manchester for a Fireman’s BBQ fundraiser. I had both pork and lamb with all the fixings. I stayed there over 2 hours because my host, Judy, was going to be there. After meeting Judy, she loaded up my trailer so I could ride the last 19 miles with just my trike. I made it to her house and was given a tour. I then took a shower, did laundry, and had a great visit with Judy and her friend Nick. Another week done. 2,532 miles down.